Javascript has become the programming language to learn for both front and backend engineering, and even game development. With many powerful frameworks leveraging the growing language, I had some experience with frontend development using Reactjs and the good old jQuery, and became interested in diving into the backend world of JS. The most common environment being nodejs, I set out to find a simple backend framework and from my research, expressjs was right for my needs.

I wanted to build a simple API to perform CRUD operations. Expressjs is lightweight and stripped down to the core, so I only had to install the packages I needed.

Picking up expressjs was quite straightforward and so I decided to build an application to process HTTP requests. The idea and execution was simple enough as a weekend project, which could be improved over time. With that, hookz.dev was born.

hookz.dev is a free and open source web tool that helps developers quickly test webhooks or catch and inspect all kinds of http requests. 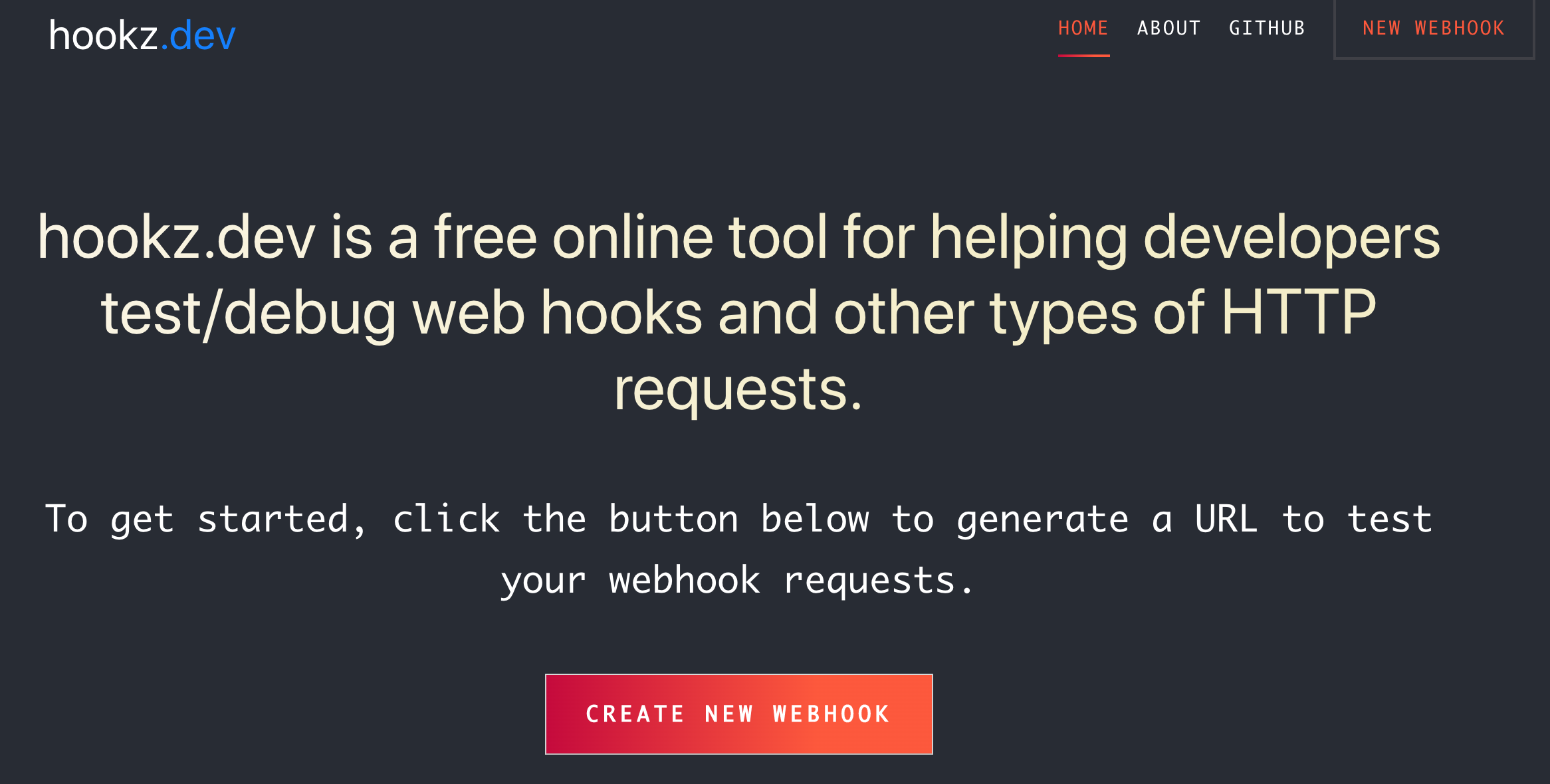 The API design follows the REST principles and allows for creating hookz and posting request data.

The main entity is the webhook, which can be created or deleted via an API call to the routes as defined below;

Hookz data is received and processed by webhookDataRoutes.js

The above routes handle processing of HTTP requests to the webhook, deleting webhook data and returning data to the user. Future improvements here will be to add a level of security so webhook data is limited to those who create it. This will mean, creating either a public or private webhook with some kind of identification.

The database system I used was plain old mysql, leveraging the mysql package for expressjs. Below is an overview of the database design. There are two tables; one for hookz and one for hookz_data.

The init migration script to create the tables can be found in /docker_compose/mysql/init.sql.

The frontend is built with ReactJS and uses the API service to request and load data. The frontend code can be found in the client folder.

API (backend) can be accessed on port 5000 (http://localhost:5000) and client (frontend) on port 3000 or whichever port you defined or mapped to in the docker-compose file.

The project is open sourced with The MIT License, which means you are free to use without restriction :).

This is ideally the first version of hookz.dev, and I plan on adding more features with time. I currently get around to it over the weekends and during late nights, so if you have any suggestions or find bugs and issues you’d like to report or help with, feel free to open a ticket (issue) on GitHub or send me an email: hello@mandeeya.io

Code contributions are also very highly welcomed! You can email to let me know if you are interested in learning more about the roadmap for the project. I’d be happy to share some docs.

Here’s the link to the project on GitHub -> https://github.com/rasheeda/hookz.dev