There is a robot starting at position (0, 0), the origin, on a 2D plane. Given a sequence of its moves, judge if this robot ends up at (0, 0) after it completes its moves.

The move sequence is represented by a string, and the character moves[i] represents its ith move. Valid moves are R (right), L (left), U (up), and D (down). If the robot returns to the origin after it finishes all of its moves, return true. Otherwise, return false.

When I saw this question, I immediately thought of the Cartesian coordinate system, the x and y plane, illustrated below. 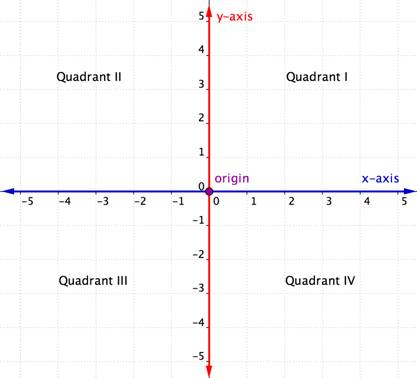 Using this concept of moving vertically and horizontally on the plane, I came up with a solution to the above problem.

First off, let’s define an array/object map for Up, Down, Left and Right. We could actually just code it directly when needed, but I think the map makes it cleaner and easier to read.

Next, we define x and y and set the values to 0, since they start at the origin.

Finally, we check if the value of x and y are 0. We return true if that’s the case, and false otherwise.

I hope this was a helpful read. Feel free to share recommendations for different approaches in the comments.