Before all the politics around the snap Linux package manager, you could easily install the chromium browser among other things by simply typing this below command in a terminal;

The command  above doesn’t work anymore in Linux Mint 20 Ulyana because the Snap package manager has been blocked. The chromium repository package installs an empty package. There might be other linux distros doing same but for now, I am only aware of Mint. You can’t install snapd out of the box either.

So what is Snap and why is it blocked?

Snap is a software deployment and package management system developed by Canonical for the Linux operating system. The packages, called snaps, and the tool for using them, snapd, work across a range of Linux distributions allowing distribution-agnostic upstream software packaging. Snap application packages of software are self-contained and work across a range of Linux distributions. This is unlike traditional Linux package management approaches, like APT or YUM, which require specifically adapted packages for each Linux distribution therefore adding delay between application development and its deployment for end-users.

The team behind Linux Mint says they are worried about the direction that Ubuntu Snap is taking, and decided to block snap by default in Linux Mint 20. The team fears that Canonical, the company behind Ubuntu and thus Snap, could gain too much control over the distribution process. The developers of Linux Mint have expressed concern with Canonical’s Snap Store and the way it is forced on Ubuntu users who try to install popular packages like the Chromium web browser.

So how do you get around this restriction in Linux Mint 20? It’s actually pretty straightforward, as shown below;

Restart your computer and you should be able to find chromium from the menu. 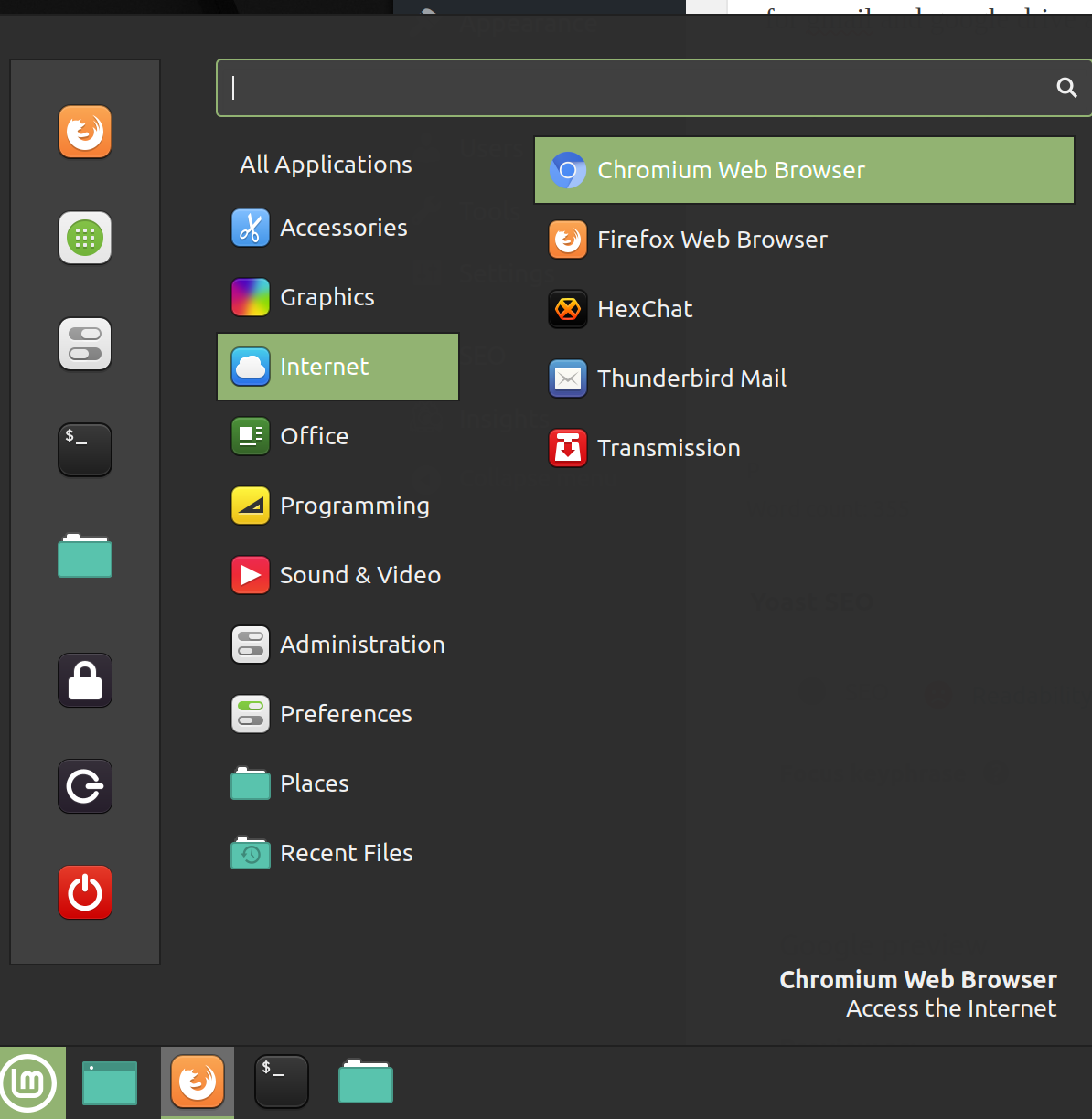 Personally, I prefer Firefox on Linux and I use chromium only for gmail and google drive access only. I hope this was helpful. What are your thoughts on Linux Mint blocking snap?